We were delighted to receive this post-treatment update from our 47-year old female patient who battled complex regional pain syndrome after an injury to her foot in 2017.

Deryn was prescribed a battery of prescription pain medications, ranging from Cymbalta to Gabapentin, which she relied on to achieve (restricted) function of her leg and foot.

“I received your email last week about your 9-year anniversary treating patients with Calmare Therapy. I just wanted to share with you that I am yet another one of your success stories and so happy to share this with you!

I came to you last April to reduce my pain from CRPS from a minor foot injury.

I had previously been on crutches and unable to walk independently due to severe pain and muscle atrophy, but these assorted treatments allowed me to walk again.

However, I was still not functioning well due to extreme pain and could not bear weight for any extended period of time.

My husband and I were always researching CRPS and various treatment methods. He had come across Calmare Therapy, but I was skeptical and hesitant to try it.

After we felt like we had exhausted all options, we realized this was something worth trying.

We were fortunate to get our health insurance to cover the treatment as in-network since it was not offered anywhere in our geographic region.

Waiting for the Pain Medications to Loosen Their Grip

After two weeks of scrambler therapy, I did have some pain relief, but was a little disappointed because I did not see nearly as much improvement in my pain compared to other patients I met while I was there.

However, I was also still weaning off all the pain medications (and also very sick from that) which may have interfered with the full effectiveness of the treatment.

But once I returned home, the success of the treatment became more apparent as time went by–

About two weeks later,  I felt significant improvement. I was very pleased because I realized that my pain had decreased AND I was off all my medications.

In July I decided to return for a week of Calmare booster treatments, as I realized that it probably would work better now that I was fully off the medications.

Once again, about two weeks after returning home, the pain continued to decrease.

As the months have gone by, I continued to see significant gradual improvements.

A year later, I now fluctuate between a 0-2 on the pain scale and sometimes even have full days of no pain!

I feel so fortunate to have found you and your practice and can’t even express in words how appreciative I am to have come to you for help!

You and your staff were very supportive and experienced.

Like so many of your other patients, you have given me a much higher quality of life!

THANK YOU and keep up the great work in the chronic pain community. 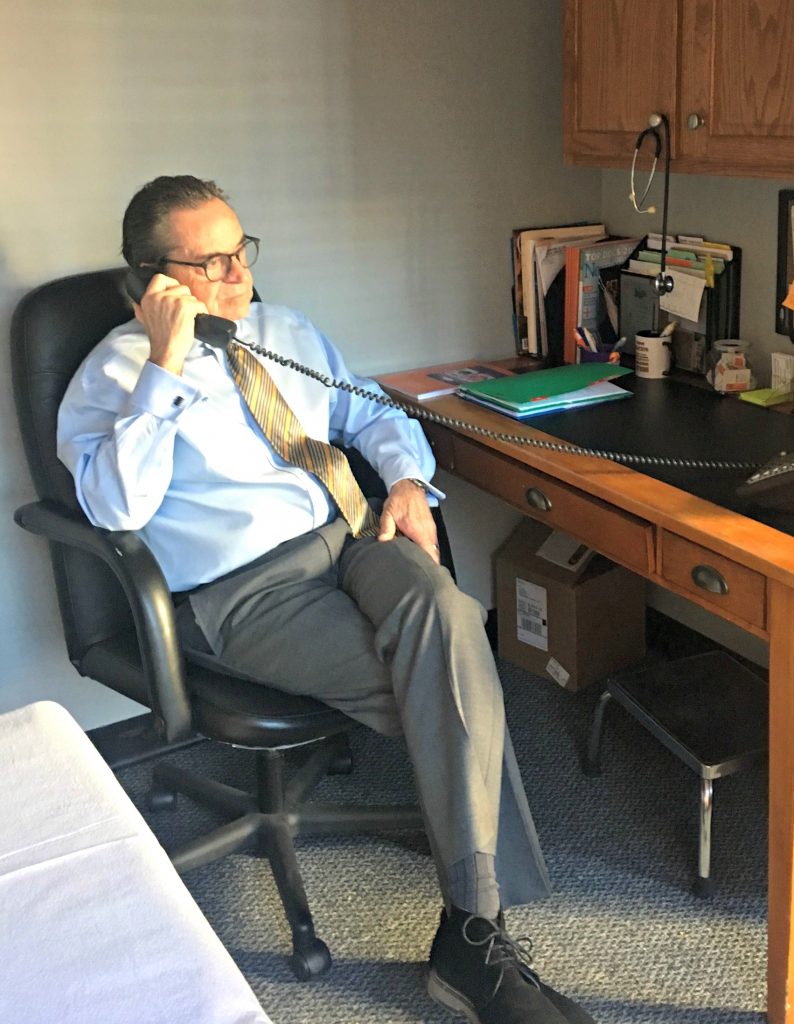